On June 9 I shared the article below at Not Alone Parenting.  You can find the original post here: http://specialneedsparenting.net/anger-the-elephant-in-the-room/ 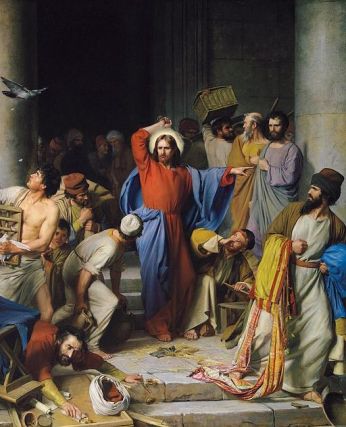 “Each morning when I would drop off my neuro-typical daughter at pre-school I found I felt so angry. Every single day I was irritable for no reason.  It made no sense. I loved her school.”

“I’ve been in such a bad mood lately and I don’t know why. I get annoyed with traffic, with standing in line, with everything really. I was even mad that the weather was cold the other day when I was on carpool duty at school.”

“When I hear other parents talking about their vacation plans it just irritates me. I wish they would keep their “perfect world” to themselves.”

These three experiences of anger are just a few of many that have been shared by special needs parents in interviews and support groups I’ve led over the years.  It’s an uncomfortable topic for many, and so it not often discussed.  Anger and resentment can be the elephant in the room of the special needs parenting experience. Yet, like all emotions, these feelings are valid and need reflection and healthy expression in order to be processed.

I brilliantly decided one year for Lent to give up feelings of anger and impatience. It seemed to me more “Christian” at the time.  It did not go well. Pretending that I didn’t feel something didn’t make it go away, rather it came out in unexpected ways similar to the stories above.

There is a popular phrase making the rounds on social media.

If anyone ever asks you, “What would Jesus do?” Remind them that flipping over tables and chasing people with a whip is within the realm of possibilities.”

Humorous, and a good reminder that anger is a valid emotion. Jesus acted on his anger in an unjust situation:

Then they came to Jerusalem. And he entered the temple and began to drive out those who were selling and those who were buying in the temple, and he overturned the tables of the money changers and the seats of those who sold doves; and he would not allow anyone to carry anything through the temple. He was teaching and saying, “Is it not written, ‘My house shall be called a house of prayer for all the nations’? But you have made it a den of robbers.” (Mark 11:15-17 NRS)

Why was Jesus angry? People who came to the temple needed to offer sacrifices.  For some who had traveled great distances it was easier to purchase a sacrifice at the temple rather than bring one from home. Roman coins of the day had images of the emperor who claimed he was divine.  Jews wishing to give money as tribute at the temple needed to change their coins for currency appropriate to be given at the temple.  The moneychangers made a nice profit in the exchange, as did those selling animals for sacrifice.  The temple and its courtyard dominated a large portion of the city.  It was a long walk to go around it, especially if carrying something heavy from one side of the city to the other. It became a custom for some to take a shortcut through the courtyard rather than go around. All of these things were disrespectful to the holiest place in the land. Jesus clearly knew why he was angry and he directed his anger toward the appropriate source, albeit in a way that was disruptive and shocking. Then again, much of what Jesus did was disruptive and shocking, including walking out of a tomb.

For special needs parents, finding the source of anger can be more challenging. The reason isn’t always obvious. When a sense of irritation shadows every step of the day, it is worthwhile dig through to the root cause. Anger can sometimes be a mask disguising other more deeply held feelings of embarrassment, insecurity, vulnerability, or pain.

For the first parent I mentioned above, she found she was processing resentment about how easy it was to drop off her youngest child relative to how challenging it was to deal with a van and a wheelchair with her oldest. Suddenly experiencing “easy” made her realize anew that many parts of her everyday life were difficult.  The second parent found she was resentful of how restricted her time was. She was over-scheduled and every delay proved an annoyance, including cold weather that made the carpool line extra-long. The third parent realized she felt lonely and excluded, rather than “sour grapes” jealousy as it seemed at first. Once each parent took the time to dig more deeply into the cause of their anger they found they could resolve it effectively, targeting the true source.

There is a simple yet effective strategy to help dig to the bottom for the source of anger.

While anger is a valid emotion and deserves appropriate expression, truly understanding the source is the key to finding resolution and forgiveness of self and others.

Healing God, we thank you for all of our emotions, even anger which shows us when something is wrong. Help us to understand and express anger in healthy ways. Lead us toward peace and reconciliation within ourselves and with those around us. Amen

3 thoughts on “Anger: The Elephant in the Room”