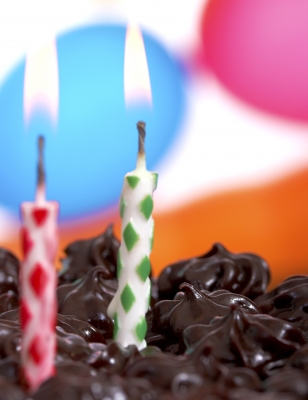 A group of moms can sure go through the tissues when talking about birthday parties. We gathered on a sweltering Houston day talking about unexpected grief. Parent after parent shared the heartache of birthdays. Wondering if a child will still be here next year. Hoping for developmental milestones that still go unfulfilled as the calendar marches along. Then there are those expected party guests who never arrive.

That last one is really tough.  Birthdays are about who shows up to celebrate with us.

Two thousand years ago a couple traveled to a faraway city for a Roman census.  It was home to the relatives of the man, but no one welcomed them. How can that be when it is his ancestral land? Surely some close kin must have still lived there and would have had some way to squeeze in their relative and his pregnant fiancé, but sometimes even relatives don’t show up when we need them.  Perhaps the scandal of the pregnancy kept folks at bay? Perhaps the couple was so used to rejection they did not even ask? We don’t know why, but we do know they felt their only option was a room for rent, and none were available.

Tradition is clear about who is expected to celebrate the birth of a baby. Family and friends ought to be there. They weren’t present that day, but there were others, unexpected guests who celebrated the good news.

“Let us go now to Bethlehem and see this thing that has taken place, which the Lord has made known to us.”

So [the shepherds] went with haste and found Mary and Joseph, and the child lying in the manger. When they saw this, they made known what had been told them about this child; and all who heard it were amazed at what the shepherds told them. But Mary treasured all these words and pondered them in her heart. (Luke 2:15-19 NRS)

Then later there were other unexpected guests who traveled a long way.

In the time of King Herod, after Jesus was born in Bethlehem of Judea, wise men from the East came to Jerusalem, asking, “Where is the child who has been born king of the Jews? For we observed his star at its rising, and have come to pay him homage.” (Matthew 2:1-2 NRS)

And there, ahead of them, went the star that they had seen at its rising, until it stopped over the place where the child was. When they saw that the star had stopped, they were overwhelmed with joy. On entering the house, they saw the child with Mary his mother; and they knelt down and paid him homage. Then, opening their treasure chests, they offered him gifts of gold, frankincense, and myrrh. (Matthew 2:9-11 NRS)

There were plenty of things about that birthday that must have been disappointing to Mary. Giving birth to her child in the midst of the chaos of no housing certainly wasn’t in her plan, nor when she was so far away from home. The friends and family she pictured simply weren’t there for her that day.

But others were. Even in the midst of what must have been painful disappointments, there were blessings and support from unexpected places. These were the things that Mary treasured.

Loving God, Birthdays can be such a bittersweet mix. They are cause for celebration, and yet can be painful reminders of differences. Help us to celebrate with joy the blessings we have in our children. Open our eyes to the true gifts, those unexpected ones mixed in among wrapping paper, cake and balloons. We give thanks to you for the shepherds and angels you send to us each day who see beyond this world to be the people of your kingdom that you call us to be for each other. Help us follow Mary’s example, treasuring the best and letting go of the rest. Amen